How much are you required to tell your opponent? 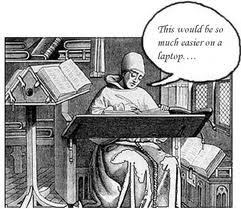 I was recently inspired to write a brief little something after some RTT games and a blog post by BlackMoore. How much are you required to tell your opponent? Do you wait till they ask? Do you tell them the minimum? Do you do it before or during the game? A prime example is a game one of our forum members (Gritts) played as described in this post: 2K Nids vrs Chaos demons (wall O text warning) . Even though he won, at the end of the game he was still completely unclear on why his opponent was keeping track of killed models, what unit or model was providing what benefit. To quote Gritts, ” But I never felt out of control of this game so I wasn't in a mood to argue.” I find it troubling that even after winning this game, he still felt somehow something was wrong with the game.

I personally have been on the receiving end of various misplayed special rules. Dante’s death mask applied to Fateweaver, he is not an independent character. An opponent forgetting to state that a special character makes a certain unit scoring, even though asked what units are scoring. The list could be very long. I am sure others have had similar experiences. While I do not want to call anyone out for ‘cheating’ or un-sportsman-like-behavior, each one of those games tends to leave me with a certain feeling, regardless of win/loss, about that game that tends to linger. In our gaming club it is just chalked up to a learning experience, although frequently weeks or months long ribbing maybe involved, fenrisian wolves in rhino luggage racks jumps to mind.

One camp usually states, it is up to my opponent to know the rules. I have several problems with this. For one, codices are expensive and only getting more so. While I am usually referred to as the ‘codex bitch’ on our show, I own all codices currently legal, and a lot no longer in print (not as many as Larry J ), I can not expect anyone else to do so. Nor should anyone else expect anyone else to buy all of them to just be able to play a tournament. The financial bar to enter the hobby and play tournaments is high enough, let’s not make it harder.

Counter argument to this could be that any codex is available on a torrent or viewable with a little searching on sites such as http://www.scribd.com . While I admit using scribd to see leaked copies, I prefer to remain fully legal and copyright safe. You just can’t expect people to compromise their personal morals to have access to all codices. You could visit your local store for hours and read all the codices, but if you are anything like me, I have a hard enough time remembering all the rule book rules (hence why I spiral bound all my books) and frequently resort to referencing and rereading.

But why should you put so much effort on your opponent, you selected the units from your codex, you chose to play your army, you should be the expert on your own army, just like you expect your opponent to be. Why do I need to memorize all your special rules, while you may only play a small percent of them in any one army? What if you, the expert made a ‘misinterpretation’? What if the way you play is a local flavor of how most people play it?

I personally ask my opponent if I need to clarify anything, if he needs to know what certain units do etc. before the game. With Daemons being a ‘rare’ army, I expect my opponents not to know what the deal is. I don’t want to win my games because of a ‘gotcha’ moment. I would like to think that my opponents played to the best of their tactical abilities based on them being aware of what my army could do. I also try to remember to discuss problems that frequently pop up such as, “what is part of the hull of a Soul Grinder”, “Skarbrand also allows you to reroll your hits”. You should have this discussion just as much as talking about what terrain represents what before you start your game. I do not claim to be infallible; I sometimes forget to have this discussion.

Another pet peeve of mine is minimalist army lists. Army builder is capable of only showing unit costs and names. Why are you hiding unit stats and options? I personally give my opponent a ‘full’ army list, which happens to have a synopsis of special rules on the last page so my opponent can glance at it. All in all, I feel that if you and your opponent have a brief discussion about your rules at the beginning of the game it will minimize problems and T.O. intervention latter.
Posted by Pat at 8:22 AM