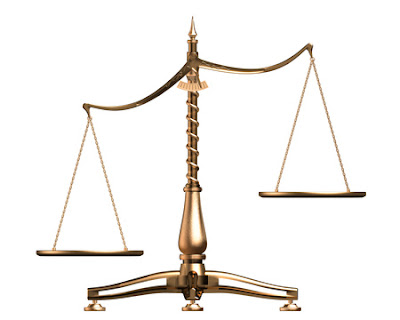 As a continuation to the first article, I’m going to bring up the next pattern that I see from competitive list to competitive list and that’s usage of the Unbalanced or Efficient Units within a dex to construct a list.

The reason I chose to use the word “unbalanced” as a potential unit descriptor is because I actually do want you to put your mind in the arena of unit to unit and codex to codex comparisons. Why? Because this is exactly what I believe the competitive list builder is doing as well. An unbalanced unit in terms of 40K is defined as a unit which is under-priced or over-powered or both in relation to other units within its own codex or other codices. How do you spot such an animal? Well, it’s not actually all that easy. In order to identify those kinds of units, you really have to compare them in some fundamental way to what else is available within the codex and the other codices towards performing the same “role”.

Or, you could just take the easy way out and do a little internet research and find them very quickly.

Either way, the goal of identifying the unbalanced units in a dex is to identify the roles they are intended to fill. Then, identify how well that unit fill that role in relation to their competition. If the unit is decidedly better at the role, especially for near or less than the same cost, they are better all around.

Often going hand-in-hand with the unbalanced units, the efficient units are those units which can accomplish a task or multiple tasks for a low amount of points in comparison to other units in their own dex or other codices. Often, a unit is an unbalanced unit simply because it is so efficient. However, a unit can simply be efficient and not terribly unbalanced in relation. Efficient units are those units which are simply just cheaper ways of getting a task accomplished, well. They aren’t necessarily unbalanced.

Here are some easy examples so that we are on the same page.

Grey Hunters are probably the most efficient troop choice in the game. Some may consider them unbalanced, and in a way, they kind of are in comparison to other codices given their points cost. They certainly are efficient though, bringing an above average assault capability along with assault weapons and a transport to the fight for better/cheaper than any other troop choice in the game can do. Okay, so that really does mean they are unbalanced in comparison. Compare To: Tactical Marines, Assault Marines, Strike Squads.

Entirely unbalanced and efficient. It transports. It moves fast. It blows up tanks. It has more weapons on it than a Land Raider. It even has extra armor. All of this for 130 points. Compare To: Ravager, Land Raider, Storm Raven.

Extremely unbalanced assault unit. At 15 points a model, their ability to bring the pain in an assault even outstrips Terminators and Genestealers. They are also, easily, the most efficient combat unit in the game. Compare To: TH/SS Terminators. Genestealers.

Just a fine example of something being ridiculously points efficient. At 85 points, he can project a 4+ cover save for every vehicle within 6 inches. Compare To: A Librarian.

This vehicle can bring 12 poison shots, a 5+ invuln save, fast speed, and transport capacity for very little points. This unit is extremely efficient at its job. Compare To: Trukk. Rhino. Chimera. Wave Serpent. Razorback.

Pay 15 points and auto-win a combat, every time. Wait? What? This is an extremely unbalanced upgrade. Compare To: ?????

Pay 10 points and turn your Grey Hunters into a killing machine for a turn. Extremely unbalanced and efficient. Compare To: ????

Efficient in comparison. You pay only slightly more, but get the same TH/SS but with Fearless and a Cyclone attached. Compare To: TH/SS Terminators in Codex Marines, Blood Angels, Black Templar, Space Wolves, etc.

Guardsmen points costing but with a BS or 4 so they can actually hit. Combine this with the Chimera, and you have a very points efficient troop choice and tank buster. Compare To: Any other troop choice.

Hopefully, you are starting to see the point.

So, here’s your homework. Grab a list that is considered competitive. Just like last time, these are easy to find given tournament winners and the internet. Examine the list and identify the roles that those units are meant to take. I’ll bet you that the units filling those roles are the most efficient or unbalanced versions available in that codex. This of course doesn’t always hold true, but in general, this is a pattern you will find in the competitive list.

So, many times we see the word “spam” as a descriptor of a “competitive” list. The thing is that although this is somewhat true in some cases, it isn’t always. What will be true is that a competitive player will almost invariably stack the deck in his favor by selecting those units which are unbalanced or efficient. But, why?

The underlying reason is actually quite simple. If you are going to get into a fight and you get to select between the knife or the gun, which do you choose? You could say to yourself, “I’ll take the knife. That will be more fun and more challenging.” Most likely though, you will say, “well everyone else is probably going to pick the gun and if I don’t pick it too, I’m dead”.

So How Do I Identify Roles and Units?