Read as Wrong: The Origins of Bizzaro 40K and the Need to Argue.

I’ve been thinking about this BLOG post for a while.  It will also translate itself into a podcast topic.  I really just haven’t had the courage to actually write these thoughts down, and courage is exactly what it takes to go against the grain.

Specifically, this article is about rule resolution in 40k or rather the methodology by which rules issues are resolved.  The play on words in the title is a reference to “Read as Written”, the rather dominant rules philosophy which permeates the greater public consciousness when arbitrating rules issues in 40K.  “Read as Written” (RAW), is a philosophy of rules resolution which works under the notion that the only path to resolving rules questions within the system is by exact readings of the words and their application as exactly stated.  This form of arbitration is highly regarded, especially in the competitive community, as being the only viable method by which 40K rules issues can be resolved, and furthermore, to the large number of proponents of this philosophy, the only way rules issues SHOULD be resolved.

The tenets of the “Read as Written” philosophy are very compelling.  As a competitive 40K gamer, tournament organizer, podcaster, and overall 40K rules nut, I at one time found myself waving the banner of what I now more sarcastically refer to as the “Church of RaW”, so named because of the zealous nature by which followers of the RaW philosophy will defend the tenets of RaW even in the face of insurmountable evidence to some potential contrary.  The pull of “RaW’ is very seductive to a reasoning person who is seeking correct rules interpretations because it attracts followers with seemingly plausible and great promises such as:

Indeed, for many players, both actively in the competitive 40K scene and not, “RaW’ has become somewhat of a banner or wary cry.  It’s a statement of philosophy, like someone stating their political affiliation, group identity, or other source.  Just a quick Google search and I can find articles written by well-known BLOGgers and community personalities all espousing their membership in the Church of RaW and why it is the best choice for playing 40K.

And that is why it takes courage to write this series of articles.  Having anything negative to say about a very dominant philosophy, be it a religious faith or even something so tripe as 40K rules arbitration, especially when the dominant group is so very vocal about their opinions, requires some guts.

My motivation for doing this, however, is not rooted in trying to rebuke what is basically an idealistic form of rules arbitration but rather that I have travelled that road and come out on the other side only to look back and realize that the rules philosophy that I once touted is now actually becoming the one thing that it originally sought to destroy, namely a game of 40K in which the rules were dictated by the whims of players rather than the rules themselves.

The Origins of Bizzaro 40K 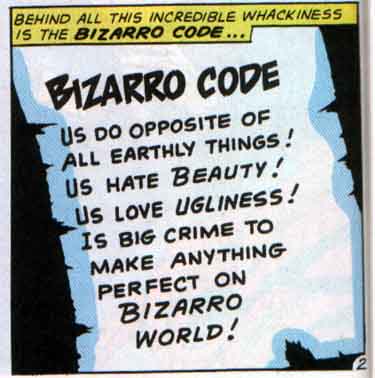 Way back in the dark ages of 40K, laughably less than a decade ago by most accounts, before the explosion of the independent tournament scene, when GW ruled the circuit, the game of 40K was decentralized outside of the control of the parent company.  For those of us who were playing the game then, the GT circuit at the time was barely worth mentioning in terms of competitive play.  Most games of 40K took place at a local shop or your buddy’s house, and rules disputes?  Well, they were resolved by either calling the GW customer service line and asking Bob for a random answer or by house ruling your way into solving problems.

However, with the rise of the 40K internet scene, the explosion of the Indy GT circuit, local tournaments, and so on, it was very quickly realized that, given the very loose manner in which GW manages the rules of 40K, more competitive games of 40K really aren’t possible without a tighter set of rules.  More importantly, what was really needed was a tighter philosophy on rule resolution than “well, that’s just how we play it around here!”

If you are like me and have to travel many hours to go play 40K, having the rules be different every place you go gets really AGGRAVATING!

I referred to this time and place as “Bizzaro 40K’, a Universe in which nobody actually plays 40K but rather plays the version of 40K that their local group has decided is correct.  Forget what the rules actually say!  We are doing it our way!

Thus, the seeds were sown for the rise of the Church of RaW.  We NEEDED, and still do, a way to globalize the game and more importantly, the rules of the game.  Seemingly, the only fair way to do this is to take the words written into the rulebook at their absolute face value.  Everyone has access to the exact same rules, and so long as well all follow them to the letter, we should all be playing the same game of 40K.

And thus, Bizzaro 40K gets banished from the realms.  All is well in the newly globalized world of 40K.

The Need to Argue But, as should be expected, not everything has exactly gone according to plan, and unfortunately, Bizzaro 40K is still quite alive and well, just not in the form we all remember.  Bizzaro 40K has taken on a new mask, one created by intentional rules mis-readings, over-analysis, and an undeniable need for many members of our community to simply argue.

And thus, the backlash of the Church of RaW begins, rooted in that need to argue.

Turns out, once you walk the road of RaW and come out on the other side, you turnaround and instead of seeing a utopia ruled by logic and administered by the great custodes of principle, what you actually see is a cancerous pit of rules lawyering, intentional disregard of the obvious, cherry-picking, denial of proof, acceptance without evidence, and what is flatly an utter lack of reading comprehension.

And moreover, what you really see is that there are very vocal members of our community who just NEED to argue about anything and everything and at the expense of whomever is unfortunate enough to come across their path.

My favorite quote of this week from a devout member of the Church of RaW went like this:

“See, when you have people talking like they know how to play 6th, then I expect them to know how to play it.
This includes having a grasp of the fundamentals, which includes understanding English at a higher than 1st grade level.”

This is great because it shows two very important points about the Church of RaW that over this series of articles I really hope that I can convince you aren’t necessary, factual, nor good for the community. 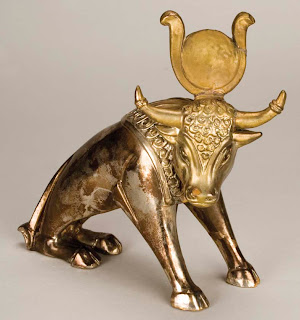 First, RaW has created a false God in that there must be a “right answer” to any given rules question and that therefore, if you don’t understand the “right answer” provided, you are either stupid or can’t read.  Because, RaW, is, after all, just using what is written, RIGHT?!!! RAWR!!!!1111!111"  (Bow before the Church!).
Second, RaW creates a notion that if you can read, then you must always arrive at the same conclusion as everyone else.  I get a chuckle out of the rant above accusing people of not being able to read at a first grade level as to the reason why they don’t agree with the poster in this sense is itself humorous because 1st grade reading skills, even up to 5th grade reading skills, which is why newspapers are written to that standard, fail to incorporate MUCH higher reading skills, namely comprehension, context, and implication, most of which the author of this quote was intentionally disregarding in this conversation.  But, after all, if things like context exist, then the tenets of the Faith just aren’t true, are they?

Where I’m Going with This

My favorite part about the Church of RaW is that it assumes that there are right answers.  In fact, it provides vacuous truths, stating that what it provides is the ONLY answer to any question because it is an answer based off of written words to which there is no dispute and that ANY other form of argument is itself “Read as Intended”, being the only other way in which rules can be interpreted.
I guarantee you that before this article series is over, someone in the comments will accuse me of not reading the rules or not using the rules as they are written.  This will be done as a blanket statement, a knee-jerk reaction to what is ultimately not only a false notion but a horrible assumption that the poster himself is right in the first place based on a prayer to a false God.
There is another way.  You don’t have to play Bizzaro 40K.  Not just the Bizzaro 40K created by complete lack of rules regard but also the Bizzaro 40K created by arguing rules that flatly are argued incorrectly or argued into a state in which the game is no longer the game we are all playing.

RaW creates Bizzaro 40K, the same Bizzaro 40K that is created by people who make up the rules as they go along.

That’s the point I’m driving at, and hopefully by the end of this series I will have at least put some thoughts in your head that perhaps we can help the pendulum swing back a little more to the middle rather than “IT’s RAW!!! Quit Uzing FLUFF To make an Rule sdiscusison RAWRRR!!!!111!!” as the final word in rules debates.
Posted by Neil Gilstrap at 1:44 PM