It occurred to me that one of the most commonly misunderstood portions of 40K is the multi-assault. It is probably the area where I get the most questions from our podcast either via e-mail or on forums. Mainly, this is because we talk about multi-assaulting so much, but I also get a lot of feedback asking how that is done. 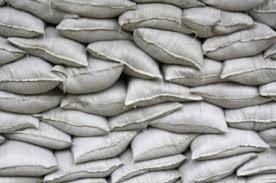 Sandbagging in a multi-assault is the idea of using a very powerful assault unit to force morale checks or fearless wounds across MANY other units while taking minimal casualties. In a perfect scenario, it would work like this:

The Perfect Scenario
Unit A is a glass cannon unit capable of destroying any and all in an assault but incapable of taking much return fire. (E.g. Harlequins, most demon units, genestealers etc.)

Unit B is a tough as nails unit capable of tarpitting other units in the assault phase. (E.g. Plague Marines, Plague Bearers, Nobz, stuff with a 2+ save)

Units C, D, E, and F are all something fairly wimpy in a HtH, say... Tactical Squads with no power fists? Maybe some normal Sisters? Anything Tau? You get the idea.

Here's how it works.

Step #1: Unit B multi-assaults into units C, D, E, and F at the same time. You would of course require a wide front and have your opponent close together. This works best against armies which naturally stay close together for support like Necrons as a best example.

Step #2: Unit A single assaults into unit C, hopefully at such an angle as to prevent much of Units D, E, and F from putting any models into BtB contact with Unit A.

Step #3: Unit A beats face on unit C, hopefully wiping it completely or as much as possible. Let's pretend all units involved are 10 man squads. Let's say that Unit A completely wipes out Unit C before Unit C gets to swing causing the combined A+B force to now be leading combat by 10. Unit B now swings, dividing attacks against D, E, and F with little effect, maybe killing 1. (A+B = 11, C+D+E+F = 0). Now, D, E, and F all swing back BUT BECAUSE THEY DON'T HAVE MUCH IN BTB WITH A, MUST ALLOCATE SWINGS TO B. Since B is tough as nails, D, E, and F don't do much damage, maybe 2 wounds to B.

Step #4: D, E, and F who are still mostly intact now must starting taking leadership saves at -9!!!! If they are fearless, D, E, and F will all now take 9 extra wounds!!!! Either way, you have now officially sandbagged an assault.

Enough with the Perfect Scenario

Stuff is not perfect in 40K! The perfect scenario is what you strive to achieve. More realistically, everything won't come to place like that. The key points to take away are:

Last but not least, think about how you can apply this same concept to taking down beefy independent characters! See below.....

Does the independent character or monstrous creature that you need to take down in an assault remind you of this????

Let's say we want to kill a Tervigon in an assault who is T6 with 6 wounds. The problem is, dealing with his T6 and 3+ save is a pain for all except a Power Fist. So, you get you a 10 man Grey Hunters pack together, take a deep breath, and get ready to get stuck in. BUT WAIT! HOLD THE PHONE! There's a 20 man squad of Termagaunts near that Tervigon! Hmmmmm..... So, you Sandbag the Tervigon.

Step #1: Your Grey Hunters multi-assault such that the Fist ends up on the Tervigon and the majority of the rest of the squad ends up with the Termagaunts.

Step #2: If you got another squad sitting around, assault the Termagaunts. If they have a fist, do the same thing. :P In this case, I'll pretend like you don't.

Resolve the combat. Just making stuff up... let's say your Grey Hunters kill 10 Termagaunts, and the Fist puts 2 wounds on the Tervigon. That's a little above average but not out of the realm of possibility by any means. They return fire. The Tervigon kills 2 Marines, and the Termagaunts kill 1. About average. So, now what happens? You just won combat by 9! And guess what?? Fearless wounds don't have anything to do with the toughness of the model! That Tervigon (who is fearless because of Synapse) now takes an additional 9 wounds, which he will fail 3 of on average meaning you just did 5 wounds to him this combat (almost dead!). Even better, the Termagaunts now take 9 wounds likely killing 7-8 more which means they are just about wiped out as well.

You can negate that high toughness or beast of a character with a sandbagged multi-assault.
Posted by Neil Gilstrap at 5:20 AM