I just finished interviewing Richard from Dice Like Thunder http://dicelikethunder.com/. I will start editing as soon as time permits, I hope to finish it in time for Episode 20. As a fellow ex-squid and (if all goes well in the next 12 hours)new father, I really enjoyed talking to him. You will have to put up with little 3 month old gamers in the background, but that is a small price to pay for the time he spent talking to us.
Posted by Pat at 7:01 PM No comments:

Currently editing my interview from last week with Goatboy (Thomas Reidy) he is a regular contributor for bell of lost souls http://www.belloflostsouls.net/, he runs a commission painting service http://www.fullofmonkey.com/, and won the blue heath at adepticon. I am looking forward to finishing this in time for Episode 20.
Posted by Pat at 6:53 PM No comments:

I just finished editing my interview done last week with Mike Brandt from http://whiskey40k.blogspot.com/ and http://novaopen.com/. I really enjoyed talking with him and he impressed us so much with his tournament setup, that 3 of us signed up for his tournament. I am looking forward to meeting people at the nova open, this is Gamers Lounge territory, we will get to visit with Bill and Jay http://gamerslounge.coda.net/
Posted by Pat at 6:47 PM No comments:

Keep It Simple, Stupid is a Strategy not a Philosophy

When I was a youngster in high school, I spent a couple of years in a Karate class. I have countless, hilarious, stories about that experience, but suffice it say, I'm not really sure why the instructor we had found himself in po-dunk South Carolina. This guy was the real deal, not just some enthusiast with a black belt. He had a lot of philosophies about fighting. First and foremost, like no other instructor of Karate I have ever seen, he didn't believe in walking away or settling disputes with conversation. (No, I'm not kidding.) His rule was ATTACK ATTACK ATTACK! Indeed, he had wild opinions on other Karate schooling, usually ridiculing the notion that people actually trained for Karate demonstrations with spins, twirls, board breaking, and a host of other very common practices. You see, what was completely missed on him was the idea that Karate itself should be a sport, a sport in which you exercise, show case, and mainly just have a good time. To him, Karate was a primary tool or weapon by which he could hurt people at a whim. (If I'm making him sound a little psycho, it's because he was.) However, think about it. If you were forced into a cage match with a Karate instructor, would you rather face the guy who practices quasi-dance demonstrations for judges or practices only three moves for 30 years so he can perfect his power, form, and destructive capability?

That brings me to my point. When I say he only practiced 3 moves, I'm serious. Technically, it was four moves if you count a roundhouse as more than a front kick! Literally, though, it was three moves. You practiced a front kick, front punch, and mule kick. That's it! For two years I did that! (He did it for 30!) He didn't believe in pads. He didn't believe in pain. He believed in one punch, one disabled opponent, and the way in which he guaranteed that was by absolutely only perfecting three very simple moves by which he could be certain were fast enough, strong enough, and perfect enough to get the job done right. (That job being busting face on anyone that looked at him strangely.)

Countless times I was schooled that you didn't need to know anything else. All that rolling, twirling, and jumping wasn't going to win you a fight. What was going to win you a fight was throwing out a mule kick so fast your opponent can't react to it, connecting to his solar plexus, knocking the wind out of him, and then, pummeling him mercilessly while he's on the ground. Further, you didn't need to know techniques or Karate to kick someone while he was down. 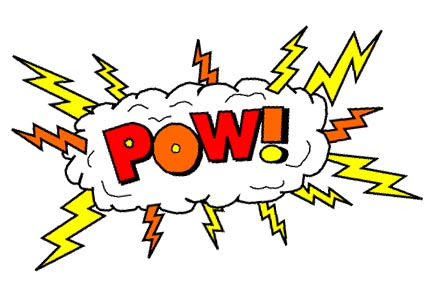 So, on to 40K. As you'll find, my take on strategy in the game of 40K (in any game really) is to keep it simple, basic, and without gimmicks. Gimmicks don't win games. They might once, but your opponents will get wise to it. Now that the 40K community has grown so large on the internet, there really isn't a gimmick that exists that not everyone hears about the instant someone figures it out.

What is simplicity? Simplicity in my mind follows these principles:

Strategies should be very straight forward. They should not involve:

"Okay, on turn 1, I'm going to reserve everything. On turn 2, I'll roll to bring this guy in outflank, this guy to deep strike, in combination with this special character, expecting my opponent to move this way, on every 6th minute of next monday... "

Simple strategies which have been perfected through practice are what wins the majority of games. (You can't win them all.) They work because they are a finely honed, simple to execute, lack failure points, and are flexible for any situation. Here are a couple of examples:

The point is this: we've all heard of Keep It Simple, Stupid. We hear of it in terms of a philosophy on operations or planning, but it's more than that. It is a strategy for playing a game of 40K. Keeping it simple is the best kind of strategy because it's not complicated, can be easily practiced and perfected, and works in many situations.

Leave the surprise "chain events" to the card players. What works in 40k, in my opinion, is straight forward, clean, practiced, simple, strategies. It works because it's effective and easy to execute, like a well-timed, well-honed mule kick to the solar plexus. Fight over.
Posted by Neil Gilstrap at 5:44 AM 1 comment:

We at the 11th company podcast have decided to start as blog as well. Not because it is just the 'in thing' to do, but to see if we can get some more listener feed back for our shows. Maybe discuss some topics we would like to cover, explore some more tactics.

Even though some purists among you prefer one-person-blogs, this will mainly remain a team effort among the hosts of the podcast.

Looking forward to comments in the future.